Things have been busy! We’ve just put out Frutorious onto the AppStore. This is a big thing for me because it’s a project I’ve enjoyed more than any other I’ve worked on in the games industry. Many many reasons for that, but the main one being because of working the fantastic team of Charlie and Graham.

It’s getting there slowly! Each day the Facebook page gets new likes from folk from a massive variety of backgrounds, and everyone we know who’s played it has had fun. It’s also got a lot of great reviews on the AppStore which is really really flattering: http://www.appannie.com/app/ios/frutorious/reviews/

Something that makes me quite excited too, we’ve got a lot of really great feedback from players which we’ll put into the next update (along with a very unexpected gaming cross over… more on that soon)

This has been fun, writing the music for Frutorious. I’ve used a variety of things to make it happen, from acoustic guitars to sequencers and groove boxes.

The theme tune came first, the g-funk and dub later after a spell of ragtime experimentation.

You can listen to it here:

Here it is, boys and girls!

The frame rate is a little shonky in this video but the game itself is smooth as a peach. It’s just because I’ve had to record the display out on my iPad using this application for Jailbroken iPads called Display Recorder It does the job but it can drop frames a bit.

Anyway, this should give everyone a good idea of how the game looks and plays! It’s still got a lot of art and polish to go in, so stay tuned for more footage soon because it’ll keep getting better and better!

The third in what will probably be an on-going but sporadic series… here’s what the Frutorious theme music would sound like if it were a piece of folk music!

Props to Mr. Pickle for the guitaring x

Here’s a video of the latest Frutorious WIP prototype. As of just now we have some particles, some parallax and some peril! All the levels are randomly generated at the moment but we’re soon moving on to the next stage … making levels! Exciting.

We’ve also got an illustrator on board to paint the intro sequence for us in acrylics and she’s already coming up with some heartbreakingly cute stuff. More news on that soon!

Here’s a photo of some new characters, Mrs. Fruits and Pedro the skull. 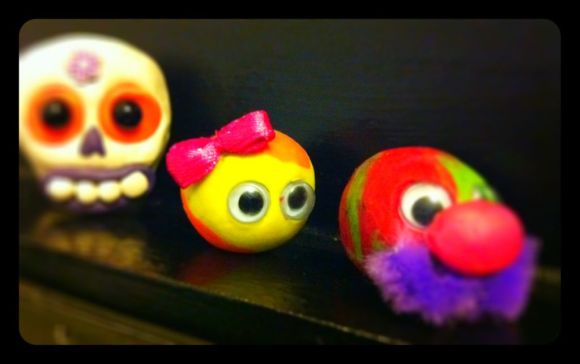 Don’t worry though, chums! Snr.Frutz and his wife get away safely in the end!

… or at least the first concept model. He’s a nice one isn’t he! 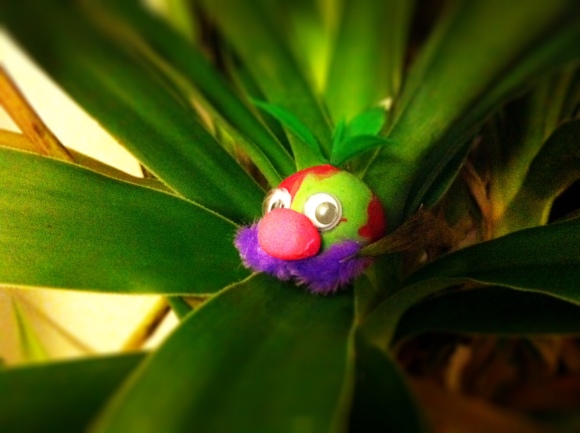