Hello again! Well, the back end of 2021 was hectic. In January 2022 I left Auroch and started work at Wushu Studios Ltd in Liverpool. More on that soon! But for now, here’s all the stuff I’ve been up to from my last update until now…

This was a fun update to Mars Horizon wot I produced. It added some really cool stuff, my favourite being the Rosetta mission. Here’s me streaming the mission with a cool fella from ESA who actually worked on the mission itself!

I was snr producer on Plague Inc: The Cure for Consoles! This was a new game mode for Plague Inc where instead of being a virus, you’re trying to neutralise the pandemic.

Banged this out the door, too! An update to the console version I was snr producer on, this one added fresh water species to the mix

I worked on this, hasn’t been released yet, but it was fun working with the team to make this for modern consoles

‘Other Stuff’ – there was other stuff I was doing at Auroch I can’t talk about because it isn’t announced.

Making Horatio Goes Snowboarding really honed my drum and bass skills, here’s a preview of me trying to play the Endless Mode music from the game live

Horatio Goes Snowboarding came out on Steam, PS4, PS5, XBone, XSeries and Nintendo Switch! That’s the most simultaneous platforms ISG has launched on yet. A testament to how easy Unity makes all that.

This is my favourite review of our game, which came from YouTuber ‘RoseTintedSpectrum’.

The six-monthly update time to the chronicles of stuff wot I been doin’.

Basically, loads. Let’s start with Mars Horizon, though. So that came out which I was producer on, then we worked on some DLC for it. The full game and the free DLC ‘Expanded Horizons’ is out now on PC, Mac, PlayStation, Xbox and Switch.

Then after that, I was producer on a console port of a PC game called The Colonists. It’s The Settlers with Robots. That was a fun project, taking it from a very PC centric UI to a fun console experience. That’s out now on PS4, Xbox and Switch published by Auroch Digital.

And in between all this, me and Charlie at Infinite State Games have been working on a little something called Horatio Goes Snowboarding. It’s kinda a mixture of every old 8 bit arcade skiing game, even with a little Frogger-esque sequence reminiscent of Horace Goes Skiing. Only we’ve added a bunch of cool modern mechanics and multipliers. We put it out in Early Access for free at first, and at the time of writing this update we’re about a month away from doing our final update and switching to paid. The Early Access experience has been very interesting. This game was always a kinda throw away fuck it sort of venture to give us the outcomes of Charlie getting used to Unity, me learning how to make Jungle and 3D models, and to test out Early Access for when we do our next big ISG game.

Weird thing about Jungle is it’s not really something I’d listened a lot to, but people really seem to be enjoying the soundtrack to Horation which makes me very happy indeed. Here’s one of the tunes from the game

Cheers, until the next one!

Lots of nice stuff coming to fruition this Autumn, here’s some picks of the big ones

Rogue Aces Deluxe out on PC

This is wild, we worked with Projector Studios to port Rogue Aces to PC, and ended up fixing a load of stuff and putting in multiplayer.

It was my first time with the Steam back end, having heard a lot of horror stories. It wasn’t too bad at all, in fact i’d go as far as to say apart from looking a little dated, it was much easier to do than most other content delivery platforms I’ve had to battle through. Hooray for Steam.

This was quite a game to be Producer on, and the team over at Auroch Digital have played a blinder. To fuse base building, turn based resource swapping gameplay, narrative curve and exploration racing was a herculean task to say the least, but by golly they managed it – and with style.

I’ve clocked up over 900 hours gameplay during development and I regret none of them.

There was a time I wondered if this day would ever come, but low and behold… I have on the desk next to my a Nintendo Switch with a copy of Death Ray Manta Special Edition complete with my full soundtrack installed on it. Here’s the trailer

It was a few years ago now my then girlfriend (now wife) Jenny and I wrote this album, so to see it finally out and in the hands of people in the form of a game soundtrack, its original intended context, is a cause for celebration and a lifetime highlight. Making this album brought me and Jenny together, and it’s some of my best work.

It’s here on bandcamp too with instrumentals

Hello there! I haven’t updated this in a year and a half – whoops! Here’s a run down of everything that’s been happening.

I’ve been doing production work on some console titles – we released Megaquarium (Producer, QA Manager) and Achtung! Cthulhu Tactics (getting it through submission and patches) over at Auroch Digital.

I’m now working on a couple of really cool titles there!  One I can talk about, Mars Horizon.  It’s a strategy management game where you take the helm of Agency Director at a Space Agency and work your way to having the first boots on Mars.  I’m Producer on this title and I’m rather stoked to be so.

Still jamming on tiny synths.  Still down an Acid rabbit hole. Been experimenting with the Volca Nubass lately which is giving me delightfully disturbing bass sounds to wob with…

And finally, ISG is still going strong!  We released Family Tree, our Frutorious Remaster on Nintendo Switch published by Eastasiasoft (who are great publishers incidentally). Here’s the trailer for that:

What’s next for ISG? Well exciting times, because we’ve decided it’s time to retire our old engine and learn Unity.  We’ve made a couple of prototypes and are having a great time stretching our limbs in the third dimension.  I can give you a peep into one of the prototypes, a shmup with the working title DMT:STG. This probably won’t end up being anything, but it’s fun to learn new stuff for a later project 😉

Been back making some Acid House. I think I’m nearly at the stage now where I could possibly start planning recording some of these jams now into an album. Not sure yet. But in the mean time, here’s a fun short one I made earlier..

And, mega excite engage, it was Featured in Best Games 🙂

Yeah! I’ve finally created and self published a PS4 game with my main man Charlie.

How rad is that!  And all thanks to this really super amazing guy called Richard Ogden who did the port work.

It’s pretty inexpensive at £2.89 – a price we hope will encourage people who wouldn’t normally try an indie game experience to give it a punt.

It’s been getting some remarkably good reviews!  Two 9/10 scores and a lot of love for the music (yay!)

Been quiet lately, I know.  That’s because we’ve been making this

2016 should be an interesting year 🙂 DDMR PS4 and iOS due for launch in February.  The Death Ray Manta album whenever the game comes out.  Wing Kings being developed now for PS4, PSVita and XBox One. All that and whatever life throws up in between.  Looking forward to it.

Here’s a photo of some new characters, Mrs. Fruits and Pedro the skull. 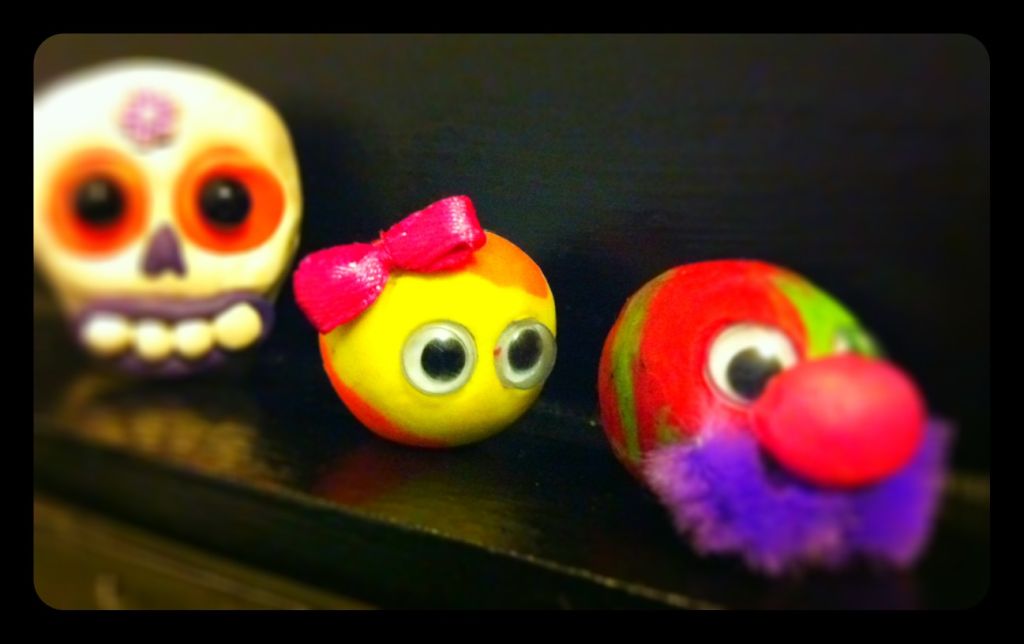 Don’t worry though, chums! Snr.Frutz and his wife get away safely in the end!